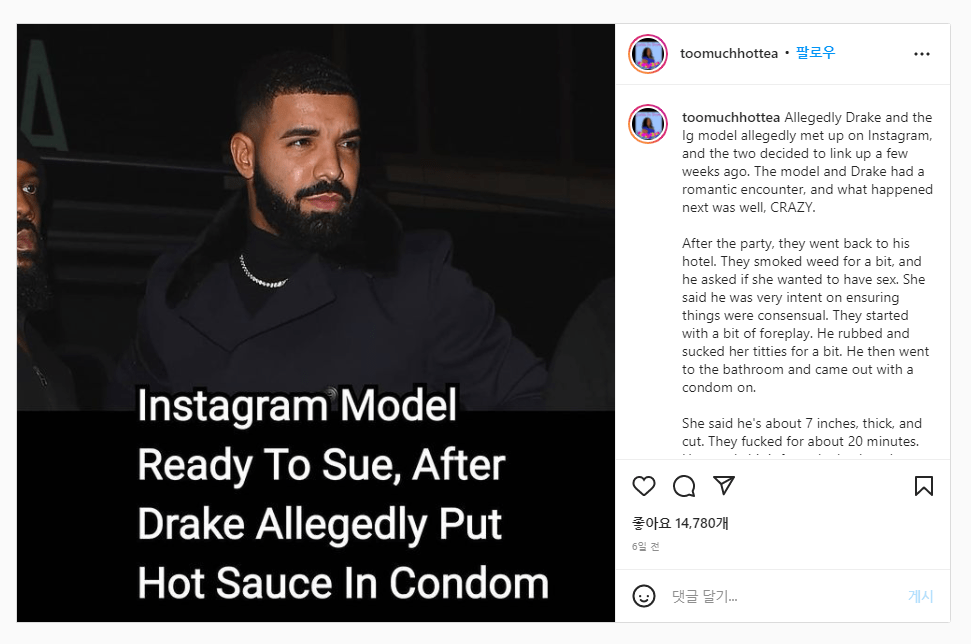 Allegedly Drake and the Ig model allegedly met up on Instagram, and the two decided to link up a few weeks ago. The model and Drake had a romantic encounter, and what happened next was well, CRAZY.

After the party, they went back to his hotel. They smoked weed for a bit, and he asked if she wanted to have sex. She said he was very intent on ensuring things were consensual. They started with a bit of foreplay. He rubbed and sucked her titties for a bit. He then went to the bathroom and came out with a condom on.

She said he's about 7 inches, thick, and cut. They fucked for about 20 minutes. He mostly hit it from the back and eventually came inside the condom.

Immediately after, he went back into the bathroom to dispose of it.

She fished the condom out of the trash, untied it, and put the opening end into her v*gina. Boy, was she in for a suprise! She said it felt like pouring hot lava into her p*ssy.

She screamed, and Drake ran into the bathroom. He admitted that he poured a packet of hot sauce in the condom to kill the sperm.

Now the Instagram model is threatening to sue Drake.